Port recognised for its economic contribution

Pembroke Port's parent company, the Port of Milford Haven, has been crowned ‘Company of the Year’ in recognition of its contribution to the local economy in south west Wales.

The award was presented at the South Wales Evening Post’s annual celebration of the region’s top 100 companies.

Collecting the award at the ceremony at the Marriot Hotel in Swansea, non-executive director Sue Davenport said the trophy was great recognition for the work of everyone at the Port.

“This award comes as a result of all of the hard work and dedication of a team that not only delivers for the company’s bottom line but also for the hundreds of businesses and communities up and down the Milford Haven Waterway that depend on Port to be busy and successful” said Ms Davenport.

Alec Don, Chief Executive at the Port of Milford Haven, said: “As a Trust Port we have responsibility to a wide range of stakeholders and our business’s success is not only measured by how safely and efficiently we run our operation, but by the benefit that flows out of that operation into the community around it.  It is a great honour to be recognised as part of Wales’ top 100 and testament to all of our talented staff who continue to give their commitment and enthusiasm and drive the business forward.”

Presenting the award, Mike Hayden, corporate director of Barclays, who sponsored the award, said the Port of Milford Haven had impressed the judges with its commitment to the region’s wider economy, facilitating economic growth and job creation.

“In choosing the winners we were particularly looking for evidence of growth, profitability, innovation and corporate responsibility.  The port is one of the nation’s key strategic assets. Its financial health and the way it does its business matters to us all. We were also interested to hear about the range of activities the Port undertakes to support local community groups, charities and organisations” he said.

“The panel of judges felt that the Trust Port really does help individuals, other businesses and society make sustainable progress, and that is very much in line with the Barclays ethos.” 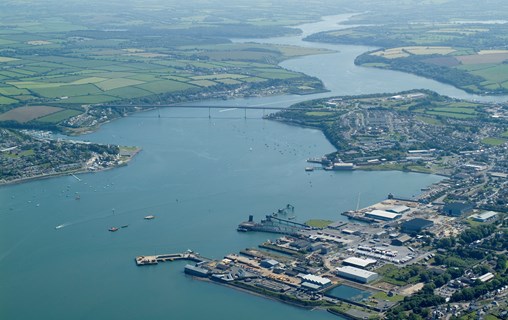 Port of Milford Haven recognised for its economic contribution